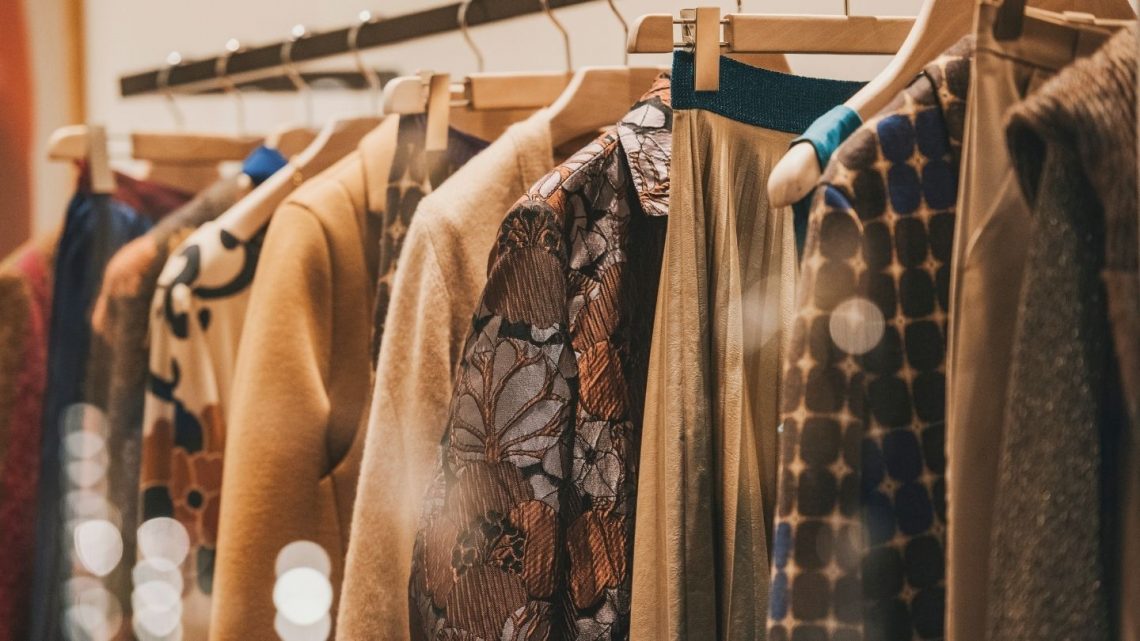 What is the process of making jeans? Although there are several procedures and duties involved in the production of jeans, they may be broadly categorized into four categories.

As previously said, denim jeans were designed to be worn as work overall. Comfort, durability, and sturdiness were the three most essential factors in its adoption. Even now, jeans are regarded as one of the most comfortable and leisure-oriented garments in the fashion industry.

Jeans patterns are frequently created in partnership with a designer. Traditionally done on a sheet of paper with a pencil, this technique may now be done using various software and computer applications in today’s technology world. It’s similar to designing the product’s basic anatomy.

This pattern of jeans determines the style, fit, and comfort level.

The designs are sketched or traced on denim fabric layers spread over a surface. The tailor would mark each pair of denim pants independently in the traditional jeans artisan setup.

However, at a factory, production is done in quantity. The number of layers will vary depending on the manufacturer’s order. In most situations, the plotter machine is utilized to design the chosen pattern of the jeans on the fabric layers that have been placed down.

Traditionally, an accomplished tailor would cut through various designs on the denim using a scissor. However, when production is done in a factory, incredibly sharp and accurate fabric cutters are employed to cut their way through these patterns drawn on numerous layers of cloth. making of jeans

The sewing section receives the denim cut bits and arranges them in the stitching process’s order of succession. The cuts may necessitate a preliminary digital printing or embroidery operation for some orders. If this isn’t a need, the stitching procedure can begin immediately.

The process is simplified into a chain production system, in which several operators perform various activities and duties in sequential order.

The design and stitching of the jeans determine the style, form, and fit of the finished product.

The sewing machines used in the procedure are designed to work with denim and other high-density, thick textiles. Their components, including needles, threads, and system mechanics, are also created and developed with heavy-duty sewing needs in mind, such as stitching secured seams with reinforced stitches that can endure enormous quantities of tension and wear without tearing.

Before being finished, the sewn jeans go through a washing procedure. The washing is also separated into two stages.

The first is a dry stage that includes sandblasting, distressing, and tie-dye effects, among other things. The jeans are then stonewashed to make them softer and more wearable.

Various enzymes and chemical agents are utilized to generate effects like grains, stripes, wrinkles, and waves. Finally, they are baked or kilned at high temperatures to create a long-lasting impression.

Buttoning, repairing, and cropping are done after the stitching is completed.

The finished product is labeled, pressed, quality-checked, and packaged for final delivery to the customer.

How can you make rips and holes in your jeans?

Two fundamental approaches may be used to get the ripped jeans effect.

Laser cutting is a common and affordable method for making holes and ragged rips in your pants. It is commonly used in enterprises that produce huge quantities and bulk orders for clients.

The Laser Sharp Denim HD Abrasion System is a popular laser cutting equipment in the denim industry. It’s a strong 2500 watt laser cutter that directs laser beams towards the fastened jeans product, burning down the point of impact and producing a hole. A simple, user-friendly software application has already programmed the hole pattern into the machine.

Laser burning is noted for its precision and accuracy, making it excellent for generating elaborately created patterns and styles. It’s a quick and easy technique that might take less than a minute for each pair of pants.

Hand ripping is more popular and usual in producing bespoke jeans in smaller quantities, particularly by designers and fashion lovers.

Each pair of jeans need the expertise of a professional who can rip and produce the desired design, even if it takes several minutes or even hours.

Specialized cutters are blunt and used to make abrasions, cuts, or holes. Because of this trait, the tears appear to be quite natural.

With its sandpaper-equipped round head, the Dremel tool is also fairly popular for grinding holes in jeans.

Threads are pulled out by hand and tools to get the desired shredded effect.

The origins of the stylish and evergreen jeans may be traced back to the 1800s when they were initially worn. The inventor had no idea that it would one day become the most popular piece of fashion clothing on the planet.

Denim jeans have gone a long way in approximately 200 years of history. It was originally designed as a robust and harsh outfit for miners in the American West. Later on, however, it became a fashion craze among rock singers, musicians, Hollywood celebrities, world-famous fashion icons, and, of course, cowboys from the wild west.

Jeans are still the most popular denim apparel globally, despite having been around for two centuries. It comes in various styles, from skinnies to bell bottoms, stretchy and loose fits, and just about every other type you can think of.

Jeans continue to be popular among both men and women, young and old. Its popularity grows regardless of nationality, culture, or geographic boundaries.

The term “Jeans” was first used to describe a pair of slacks of twill cotton fabric. The origin of this name may be traced back to Genoa, a tiny Italian city. It was the birthplace of the cotton corduroy fabric, often known as Jean or Jeane in Italian.

Although blue cotton pants and dungarees were widely used as work overalls in numerous industries in the 1800s, Levi Strauss and Jacob Davis designed the first pair of jeans in 1873 in the United States.

Strauss was a German who came to America to work for his brother in the dry goods industry. He began working in San Francisco in 1853, right amid the Western Gold Rush. One of the numerous items he traded in his business was cotton twill fabric.

Davis was a seasoned tailor who hails from the Nevada city of Reno. He made horse blankets, wagon coverings, and simple tents as a hobby.

Jacob stitched his first bespoke pair of jeans in 1873 for a customer who desired a tough and durable pair of trousers that he could wear to work without danger of shredding his pockets or pants.

Jacob constructed this vintage casual trouser out of Levies Strauss and Co.’s tough and resilient denim. Copper rivets were used on the most strained portions of the pants, such as the fly and pocket regions, to give it the extra strength needed.

He attached a Levi Strauss label on the back of the jeans to patent it when it became extremely popular among the region’s gold miners. The collaboration was unavoidable since there would be no jeans without Levi Strauss’s durable cotton fabric.

What Materials are Used in the Production of Jeans?

Denim is a tough and long-lasting fabric that is used to make jeans. The majority of jeans created across the globe are constructed of this twill cotton fabric. However, there are variants and alterations in styles, colors, and materials.

What exactly is denim?

It was the original Levi Strauss Jeans’ blueprint material, poised to make history.

Denim is a particularly durable fabric that is mostly used to make jeans. Its generic name, Serge de Nimes, is taken from Nimes, France, where it was born. As a result, it’s known as “de Nimes” or “denim.”

Genoa, Italy, was famed for its cotton corduroy apparel during the period. Nimes’ experienced weavers were tasked with recreating this cloth in their city.

Instead of making cotton corduroy, they came up with their unique twill fabric, which they named denim, after a series of trial and error episodes.

This denim fabric is a sturdy twill fabric known for its long life and toughness, even under the worst working conditions.

Because it is made entirely of cotton, it is a naturally manufactured textile that is soft and breathable. It’s woven into a strong twill fabric that resists wear and tear as well as abrasions of all types. It’s easy to clean and can be mended if necessary.

Jacob Davis got this cloth from Levi Strauss and Co. and used it to build his first pair of pants.

Why are Jeans blue?

This blue hue comes from indigo dye, which is utilized in the fabric used to make jeans. The white weft is passed under a couple or more indigo-colored warp threads throughout the weaving process. As a result, the denim has a shaded blue and white tint due to the fabric generated.

The blue tint of the jeans has been seen for a long time. Denim’s blue tint used to be a sign of distinction between blue-collar and non-blue-collar employees. However, people from practically every walk of life have worn the same colored jeans over the years.

Weavers in Nimes have been using indigo organic dye since the beginning. This was the only hue that was readily available at the time.

The term indigo was derived from its origins in the Indian Subcontinent. Indigofera Tinctoria, an Indian botanical species, was used to make this dye. Because of its low cost and simple dying technique, it was well-known and widely used for dyeing cotton in many world regions.

Instead of entering the cotton strands like all other conventional dyes, the molecules of this organic dye adhered themselves to the surface of the cotton fibers.

Some of the dye particles are washed away with each wash of the jeans, giving in the jeans’ faded appearance that has become a fashion signature.

What is the origin of jeans?

The original denim used in the production of jeans is made entirely of cotton. Although other synthetic materials are employed in numerous adaptations and variants, the importance of cotton denim cannot be overstated.

The cloth is made from fibers that are produced on plants that are derived from cotton seeds. The fibers are handpicked from fields and sorted before being put into bales.

These bales are transported to production facilities, where the fibers are carded, and long strands are created. The strands are subsequently spun into yarns, ultimately spun on spools for eventual usage.

Cotton yarn is dyed with indigo color and becomes blue during the production of denim. Some producers may postpone the dyeing procedure until after the fabric is woven.

The fabric’s weaving method is also unique in that two or more warp threads travel through each weft thread. This is what gives denim its distinctive diagonal-lined weave appearance.

Denim is ready in its raw state as soon as the weaving and coloring are completed. Because raw denim is a robust and durable material, some producers may stone wash it. Consumers will find it to be a touch softer and more wearable due to this.

Without this magnificent item of clothing, the fashion world would be incomplete. No other piece of clothing has garnered such widespread acceptability without regard to demographic or geographic limitations. Are you looking for a company that makes denim jeans? Check out these articles on Chinese, Pakistani, and Bangladeshi jeans makers.

Boot Outfit Ideas That’ll Make You A Statement This Season